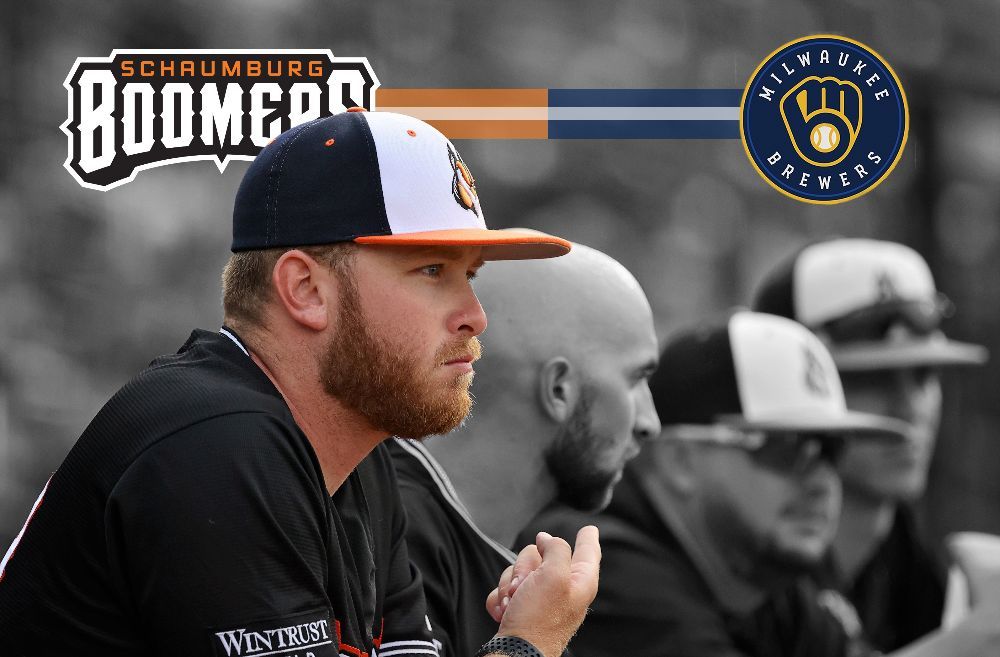 Schaumburg, IL – The Schaumburg Boomers are pleased to announce the Milwaukee Brewers organization has hired Connor Reed. Reed will serve as a minor league pitching coach for the 2022 season. Reed is the third coach under Manager Jamie Bennett to take a position with an MLB organization along with Tony Smith (Detroit Tigers), and Derek Shomon (Minnesota Twins).

Reed began his professional career as a starting pitcher in 2016 with the Lake Erie Crushers, where he was managed by one of the original Schaumburg Boomers, Cam Roth. He spent his first two years with the Crushers before coming to Schaumburg in 2019, where he had a 5-8 record with a 4.33 ERA over 81 innings pitched and 59 strikeouts for the Boomers.

In 2021, Reed joined Jamie Bennett’s championship coaching staff as the pitching coach. Under Coach Reed, the Schaumburg Boomers pitchers finished top 4 in the league in ERA, strikeouts, walks allowed, shutouts, and complete games. Many players benefitted individually from Reed being the pitching coach. Key starter Kyle Arjona stood out the most, who had a great year and won Championship Series MVP. As a professional coach, Reed was a part of the 2021 Frontier League Championship team in his first season.

“We have been able to see Conner Reed as a player and then as a coach. He is a true professional in every sense, and while we hate to lose him, we are excited to see him continue on his career path,” said Boomers Vice President & General Manager Michael Larson.