Boomers Swing to Game One Win 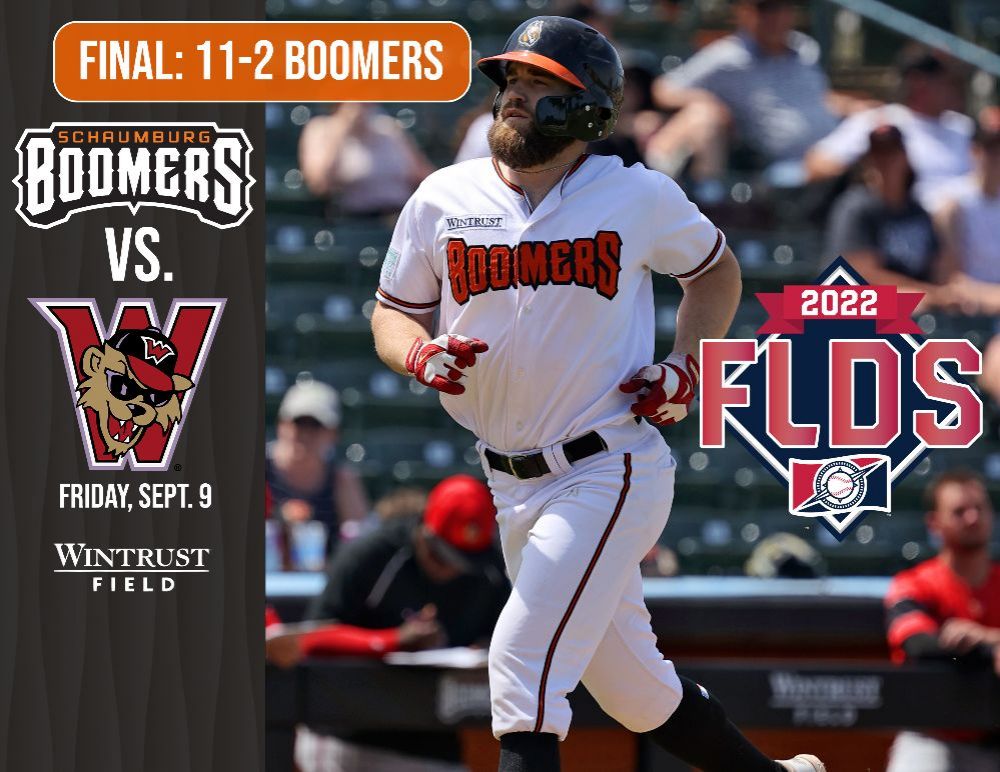 SCHAUMBURG, Ill. —The 2021 Frontier League Champion Schaumburg Boomers belted three homers and rolled to an 11-2 win over the Washington Wild Things in Game One of the Frontier League Divisional Series.

After Luis Perez sat down the Wild Things in order in the top of the first Alec Craig doubled on the first pitch of the bottom of the inning to set the tone and scored when Chase Dawson connected on a two-run homer. The Boomers have scored first in both games of the playoffs so far. Blake Grant-Parks made the score 3-0 with an RBI single in the bottom of the second. Clint Hardy pounded a three-run homer in the third to stretch the lead to 6-0.

Perez worked five innings to earn the win, allowing just three hits while striking out four. The lead grew to 8-0 with a two-run single from Grant-Parks in the fifth. Brett Milazzo tripled home a run in the seventh after Washington scored twice in the top of the inning on a homer from Tristan Peterson. Braxton Davidson also notched an RBI single. Mike Hart throttled a leadoff homer in the eighth to account for the final.

The Boomers finished with 14 hits in the opener as every member of the lineup posted a hit. Eight of the hits were for extra bases. Dawson collected three with Hart, Hardy, and Grant-Parks picking up two apiece. Grant-Parks knocked home three along with Hardy. Three pitchers followed Perez to combine on the victory. Darrell Thompson struck out the side in the ninth to preserve the series opening win.

The series shifts to Pennsylvania for game two and three if necessary as the Boomers lead 1-0. Sunday’s game in Pennsylvania will be at 5:05 pm.