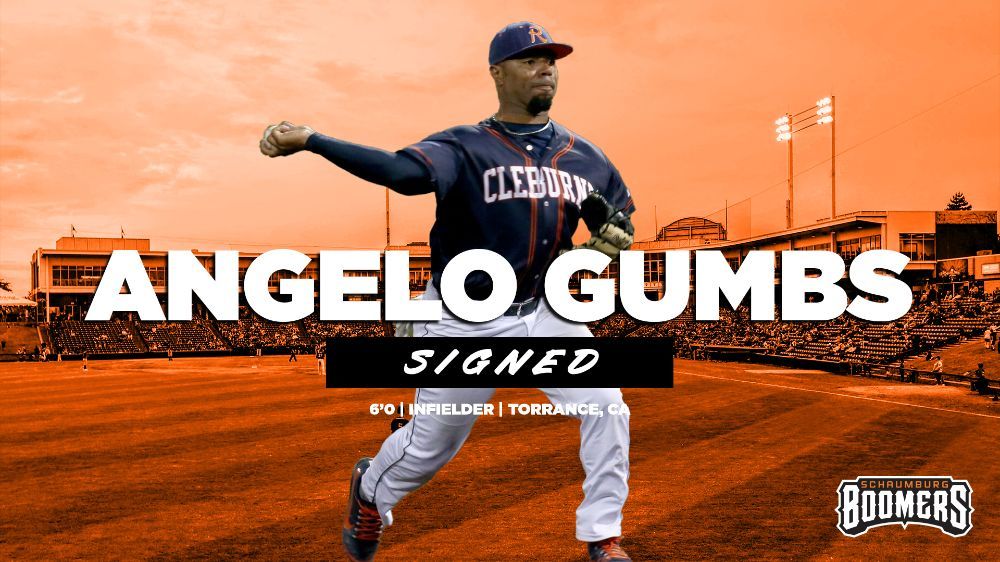 SCHAUMBURG, IL – The Schaumburg Boomers have announced the signing of infielder Angelo Gumbs for the 2021 season..

Gumbs, 28, is a native of Torrance, California where he was a standout at Torrance High School. The New York Yankees drafted him in the second round of the 2010 MLB Draft. He spent six seasons (2010-2015) in the Yankees minor league system. In total Gumbs appeared in 369 games producing 318 hits, with 68 doubles and 150 RBIs for the Yankees affiliates.

“We are very excited to have Angelo joining us. He is a talented individual that should be a big producer for us,” said manager Jamie Bennett. “Aside from his talent he has always had a reputation for playing hard and bringing energy to the ball club every day. His experience will be a big plus for this team”

The Cincinnati Reds signed the infielder in 2016 where he would spend the next two seasons. He had a strong season with the Single-A Daytona Tortugas, hitting .298 with 11 homeruns and 55 RBIs in 98 games. In 376 at-bats he scored 54 runs, hit 18 doubles, achieved a .342 on base percentage, and a .460 slugging percentage for a .803 OPS. Gumbs was promoted to the Double-A Pensacola Blue Wahoos in 2017 and played in 54 games, hitting .231, with 34 hits. Pensacola was named the Southern League Co-Champions after the championship series was canceled due to the threat of Hurricane Irma.

Gumbs spent the 2018 season playing for the Cleburne Railroaders of the American Association. In his only season of independent baseball he hit .276, with four homers, and 21 RBIs in 241 plate appearances.

“Signing a player with Angelo's experience makes the club better in multiple ways. Not only is he an experienced bat, but he is as good of a clubhouse guy as they come,” said hitting coach Derek Shomon. “He has been in the game since 2010, after being drafted in the 2nd round out of high school. Although he is not a veteran by league classification, he certainly brings a veteran feel. We are very excited to have him for the upcoming season.”