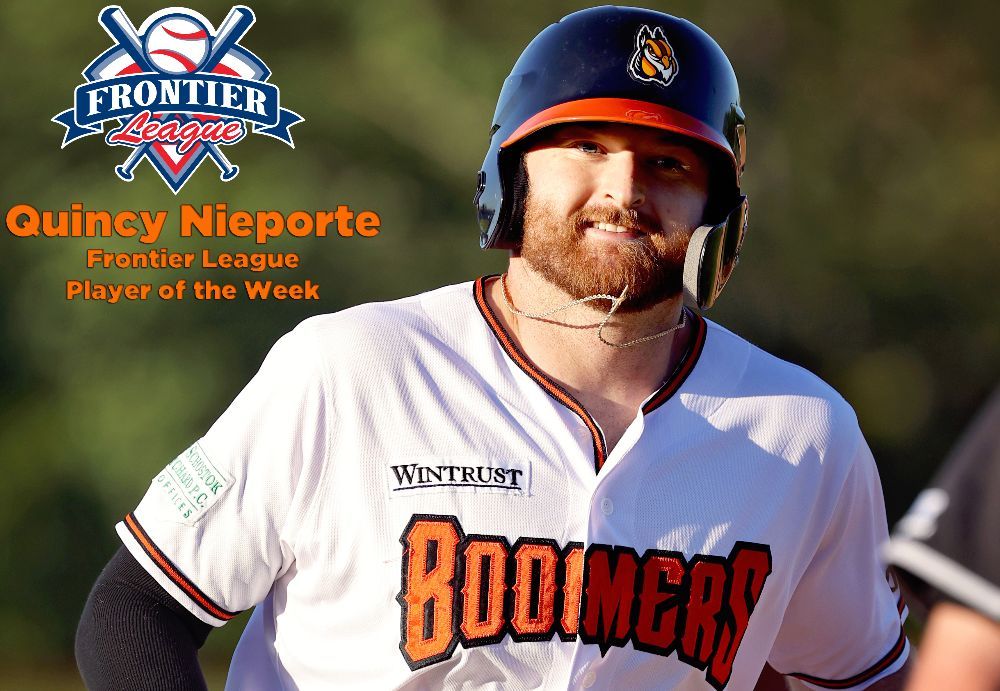 Nieporte logged a hit in all six games played last week and has hit safely in every game played for the Boomers this season. The right-handed hitter totaled 10 hits on the week for a .455 average with two homers, a double and nine RBIs. Nieporte notched three multi-hit games during the week including a three-hit showing on June 3 at Joliet. The second-year member of the Boomers homered in back-to-back games against Evansville on June 4 and 5. Nieporte finished the week by driving home three runs in the second game of Sunday’s doubleheader.

After the first 11 games of the season Nieporte ranks third in the league with a .412 average while sitting second in RBIs with 11 and hits with 14. The Florida State alum also ranks third in slugging percentage at .676. Nieporte owns four multi-hit games and has struck out just once in 34 at bats this season while sporting two homers and three doubles.

The honor marked the second for Nieporte, who received the award at the end of August in 2019. The 2019 season saw Nieporte set a team record with 71 RBIs while notching a single game league mark with 10 RBIs at Gateway on August 21. Nieporte also became the first Schaumburg player to lead the league in hitting, finishing with a .315 average.

The Boomers are off to a 5-6 start on the season and are sitting just a game out of the lead in the Frontier League’s Central Division. The team will welcome the Joliet Slammers on Tuesday night at 6:30 p.m. to begin a three-game series. RHP Kyle Arjona (1-1, 7.27) makes his third start against RHP Austin Shea (1-1, 9.45) on $1 Doug Night featuring $1 tickets for anyone named Doug and $1 hot dogs for everyone. Visit boomersbaseball.com for tickets and information or call 847-461-3695.