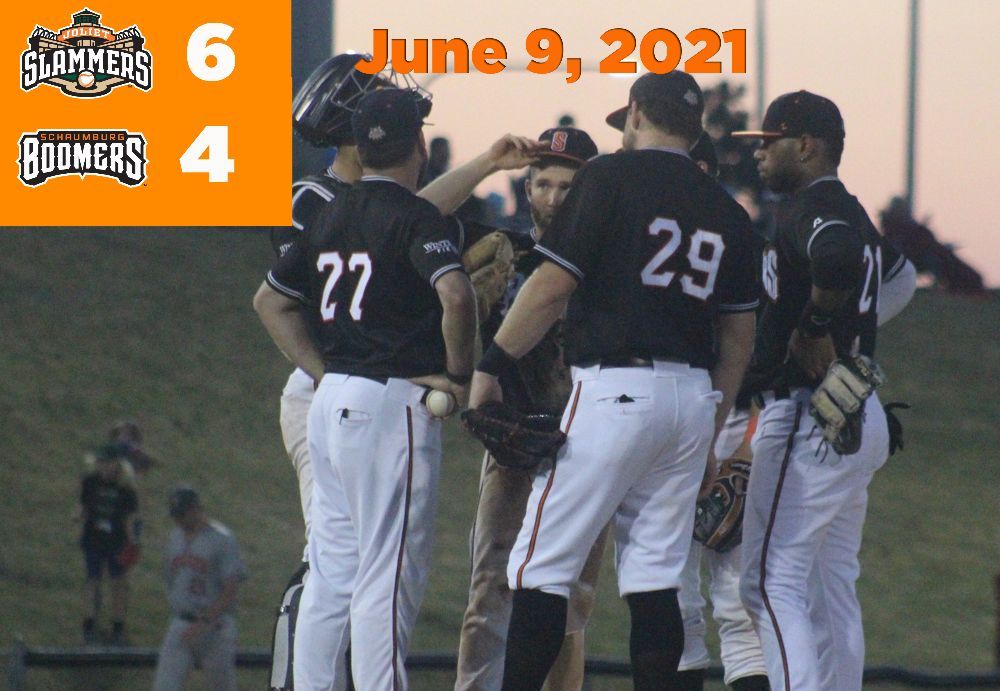 SCHAUMBURG, IL — The Joliet Slammers drew 10 walks and held off the Schaumburg Boomers, grabbing a 6-4 win in the middle game of the series on Wednesday night at Wintrust Field.

Joliet jumped ahead early, scoring a run in the first but leaving the bases loaded. Schaumburg was able to tie the game in the bottom of the inning on an RBI single from Chase Dawson. Joliet added another run in the second and two in the third to open a 4-1 edge. Dawson singled home another run in the bottom of the third to bring the Boomers within 4-2. Both teams scored twice in the eighth to account for the final. Matt Bottcher notched a two-run single for the second straight night for the Boomers but the Joliet bullpen closed the door for the victory.

Andrew Dean suffered the loss for the Boomers, working two innings. Schaumburg used four relievers in the game including a 3.2 inning effort from Isaiah Rivera. Dawson finished with three hits as the Boomers totaled eight. Angelo Gumbs added a pair of hits.