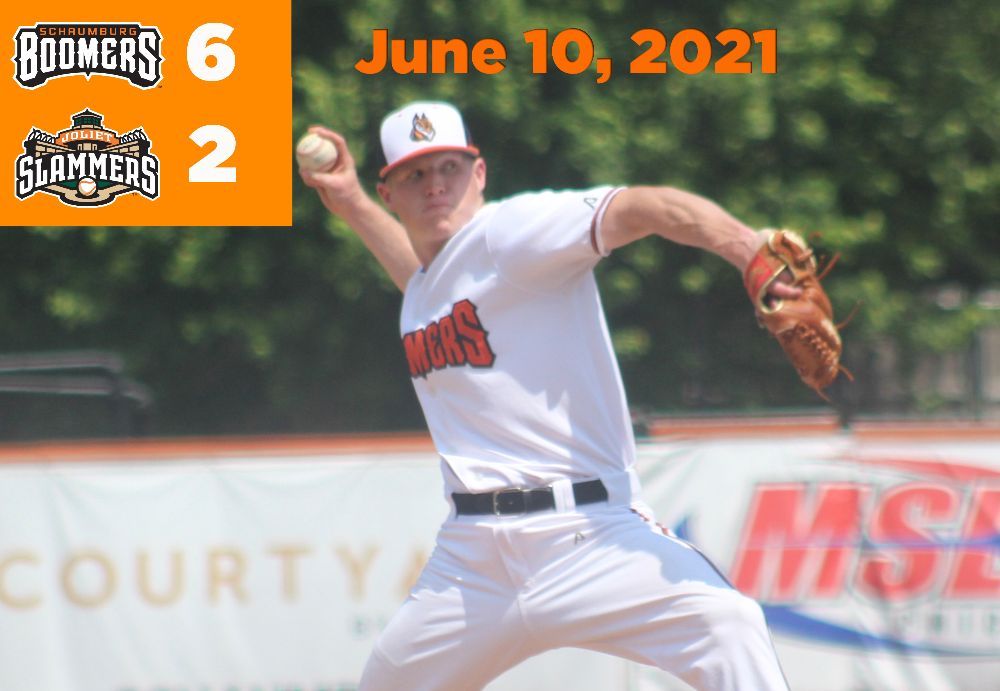 SCHAUMBURG, IL — The Schaumburg Boomers scored four runs in the bottom of the eighth inning to notch a 6-2 victory over the Joliet Slammers and capture two-of-three in the series at Wintrust Field on Thursday afternoon.

Schaumburg grabbed the early edge in the first inning. Chase Dawson notched an infield single, moved to second on an error and scored when Quincy Nieporte singled him home. Joliet tied the game in the top of the third and took a momentary 2-1 lead in the fifth before the Boomers evened the game in the bottom of the inning on an RBI single from Matt Bottcher, who drove home a run in all three games, his first three as a professional. The difference came in the eighth. Two walks and a single loaded the bases for Clint Hardy, who was hit by a pitch to force home the go-ahead run. Another run scored on a wild pitch before Dawson singled home two more, accounting for the final.

Jake Joyce earned the win in relief, striking out all four batters faced. Orlando Rodriguez allowed two runs in 5.2 innings in a no-decision. Darrell Thompson closed out the game with a scoreless ninth and Andrew Cartier also notched a scoreless inning of work. The pitching staff overcame nine walks, a hit batter and four wild pitches. Dawson paced an 11-hit attack with three hits, his second consecutive three-hit showing. Nieporte added two hits as eight of the nine in the lineup tallied a hit.

The Boomers (7-7) take to the road for the next six games, heading to Evansville, Ind. This weekend for the third series of the season with the Otters. LHP Aaron Rozek (1-0, 0.66) takes the ball in the opener against LHP Marty Anderson (1-0, 0.00). The team will return home on June 18 to begin a homestand full of events. Visit boomersbaseball.com for tickets and information or call 847-461-3695.