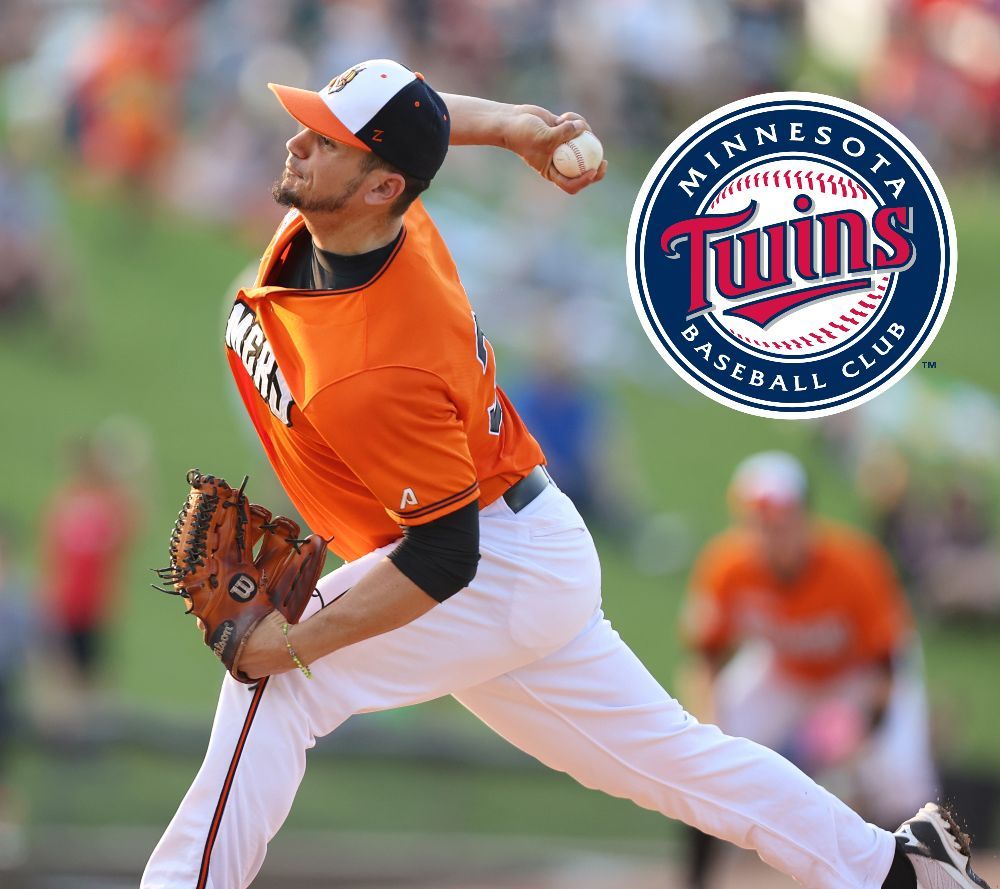 SCHAUMBURG, IL — It is with great pleasure that the Schaumburg Boomers announce that the contract of right-handed pitcher Orlando Rodriguez has been purchased by the Minnesota Twins.

Rodriguez made his final start with the team on Friday night at Evansville, earning the win by tossing seven innings and allowing an unearned run with a walk and eight strikeouts. Rodriguez had thrown seven innings in each of his last three starts with the team and sported a 4-1 record to go with an ERA of 2.44 in eight starts. The second-year member of the Boomers threw 51.2 innings and struck out 48. Rodriguez ranked fifth in the league in ERA while leading the league in strikeouts and ranking second in innings while sitting in a tie for third in wins.

“We couldn’t be more excited for Orlando (Rodriguez),” said manager Jamie Bennett. “He has consistently shown us his abilities during his two tenures with the team and he is well deserving of another opportunity.”

Rodriguez also had his contract purchased in 2019 when the Reds sent him to Billings. Rodriguez made 10 appearances with eight starts in the Pioneer League. The Miami, Fla. native pitched twice for the Boomers in 2019 before heading to the Reds and through 10 career starts with the team had always worked into the sixth inning, amassing 60 strikeouts in 65 innings.

Rodriguez joins Aaron Rozek in the Minnesota organization as the second player sold to a major league organization this year. Rozek had his contract purchased on June 18 and is currently with Double-A Wichita.

The Boomers sold the contracts of two players to major league organizations in 2019 and have sent over 20 players to major league organizations in the franchise’s history. Jake Cousins was called up to the Milwaukee Brewers earlier this year, becoming the first former player to reach the big leagues. Cousins had his contract purchased from the Boomers by the Brewers in 2019 and has allowed just one hit in seven appearances for the Brewers with 14 strikeouts.