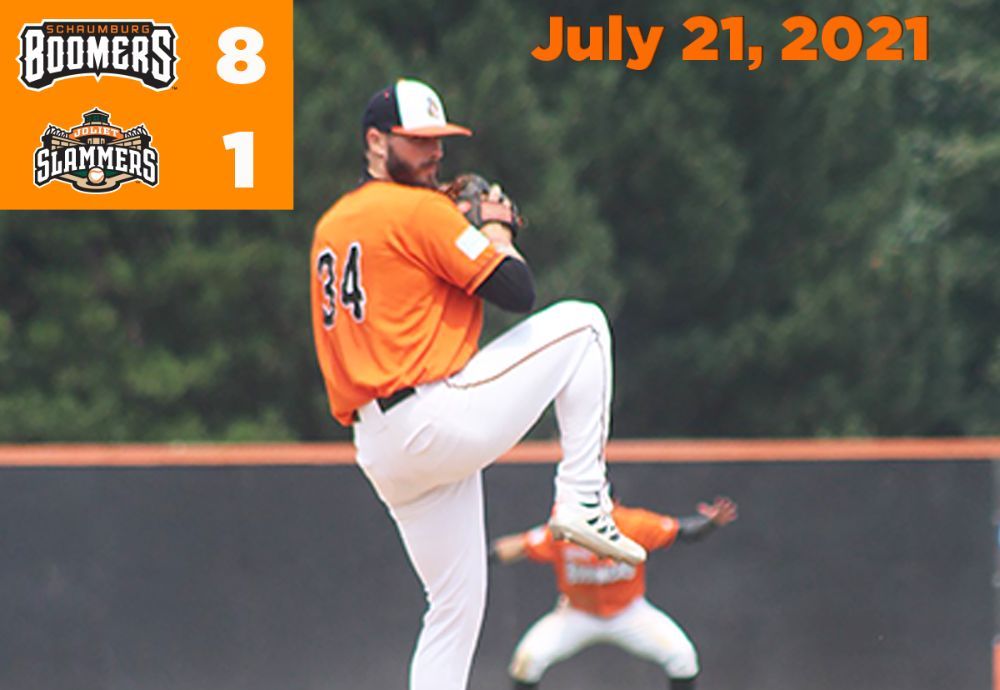 SCHAUMBURG, IL — The Schaumburg Boomers used a strong starting pitching performance from Jesse Remington and 12 hits from the offense to down the Joliet Slammers 8-1 on Wednesday afternoon.

Schaumburg grabbed a 1-0 lead in the bottom of the first. Brett Milazzo led off the game with a walk, stole second and scored on Quincy Nieporte’s 15th double of the year with two outs. Joliet starter Cam Aufderheide retired 10 in a row in the middle of the contest before the Boomers plated three runs in the sixth. Milazzo was hit by a pitch to open the inning and scored on a triple from Chase Dawson, extending his hitting streak to 11 games. Nieporte followed with an RBI single and later scored on a two-out single from Clint Hardy. Schaumburg put the game out of reach with four runs in the eighth as Milazzo singled home a pair while Dawson and Nick Ames added RBI singles.

The Boomers (27-22) have won four games in a row and will conclude the series with another day game on Thursday for Ferris Bueller’s Day Off Game presented by Ambridge Hospitality at 12:05 p.m. Visit boomersbaseball.com for tickets and information or call 847-461-3695.