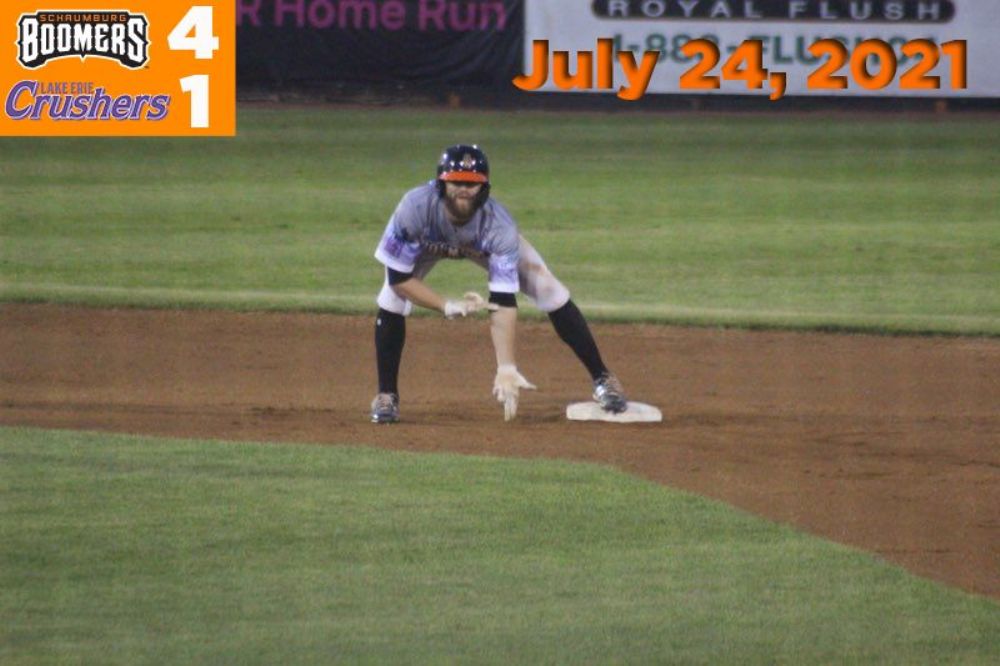 SCHAUMBURG, IL — The Schaumburg Boomers grabbed the lead early and rode strong pitching to a 4-1 over the Lake Erie Crushers on Saturday night at Wintrust Field, furthering the division lead to 4.5 games while moving to a season best six games over .500.

Chase Dawson scored the first run in the bottom of the first inning following an error. Clint Hardy opened the second with a triple and crossed the plate on a groundout from Luke Becker. Brett Milazzo and Dawson recorded back-to-back singles to kick off the third before a run scored on a groundout from Angelo Gumbs. Hardy notched a two-out run scoring single to complete the scoring. The lone run for Lake Erie came in the fourth against Schaumburg starter Kyle Arjona.

Arjona worked seven innings to win his sixth game of the year, allowing just one run on five hits with three walks and five strikeouts. The league’s leader in innings has thrown at least seven innings in his last six starts. Ryder Yakel threw the final two innings in his return from the injured list to tally his first professional save. Hardy paced a 10-hit attack by finishing 4-for-4 with a double, a triple, a run and an RBI. Milazzo and Dawson also both tallied two hits. Schaumburg has now won three consecutive series.

The Boomers (29-23) will aim for the sweep in the homestand finale on Sunday afternoon on Bark in the Park presented by Tiny N Tall! Bring your furry friends for a day at the ballpark that is all about them. There will also be pregame catch on the field and a special appearance from the Amazing Tyler. LHP Andrew Dean (2-5, 4.50) makes the start for the Boomers against RHP Tyson Cronin (2-2, 6.20). Visit boomersbaseball.com for tickets and information or call 847-461-3695.