Boomers Bring Back Joyce for 2022 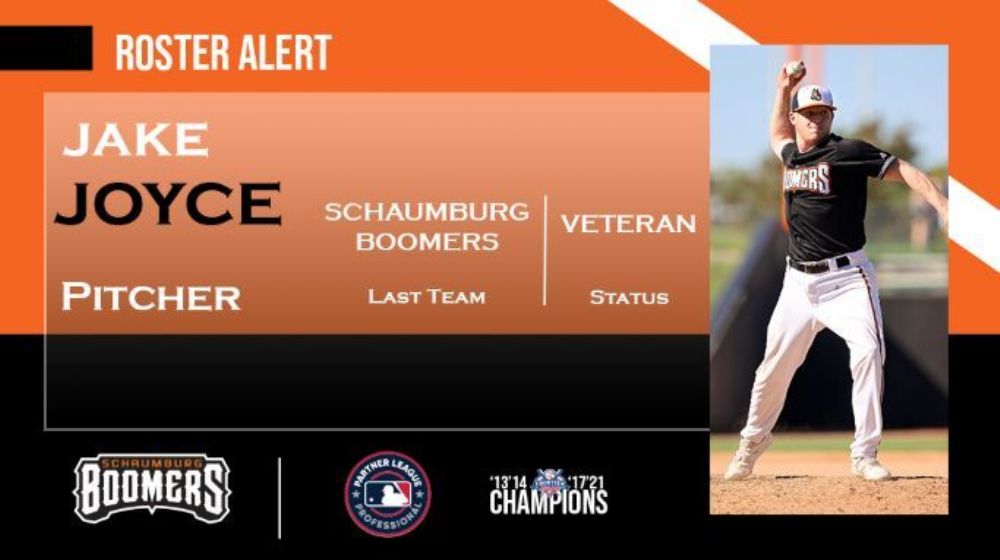 BOOMERS BRING BACK JOYCE FOR 2022

Schaumburg IL - The Schaumburg Boomers have re-signed reliever Jake Joyce. The reliever will be back for his fourth season with the Boomers. Joyce appeared in 37 games and innings (38.2IP). In those 38.2 innings pitched, Joyce struck out 55 batters and an ERA of 4.19 out of the bullpen in 2021.

Joyce was a member of the Schaumburg Boomers from 2015 to 2018 and was a member of both the 2017 and 2021 Frontier League Championship teams. Before rejoining the 2021 season, Joyce spent some time in the American Association with the Milwaukee Milkmen, where he appeared in 28 games with an ERA of 2.59 and 36 strikeouts. Joyce spent time in the Atlantic League during the 2019 season with the Somerset Patriots, where he only appeared in 16 games and had an ERA of 4.96 with 14 strikeouts.

“Jake Joyce is the perfect example of being a pro. What he brings to this team on the field and in the clubhouse is very hard to find. I couldn’t be happier than to have Jake back on this club. He is one of those guys that makes everyone around him better” said manager Jamie Bennett

Joyce attended Virginia Tech University, located in Blacksburg, VA. He played five years on the Hokies baseball team, where the Washington Nationals then drafted him in the 9th round of the 2013 MLB June Amateur Draft. He spent two years in the single-A affiliate for the Nationals before coming to the Boomers in 2015.

The Boomers return home to Wintrust Field in the Spring looking to defend their 2021 Frontier League Championship.