Boomers Fall in Opener at Gateway 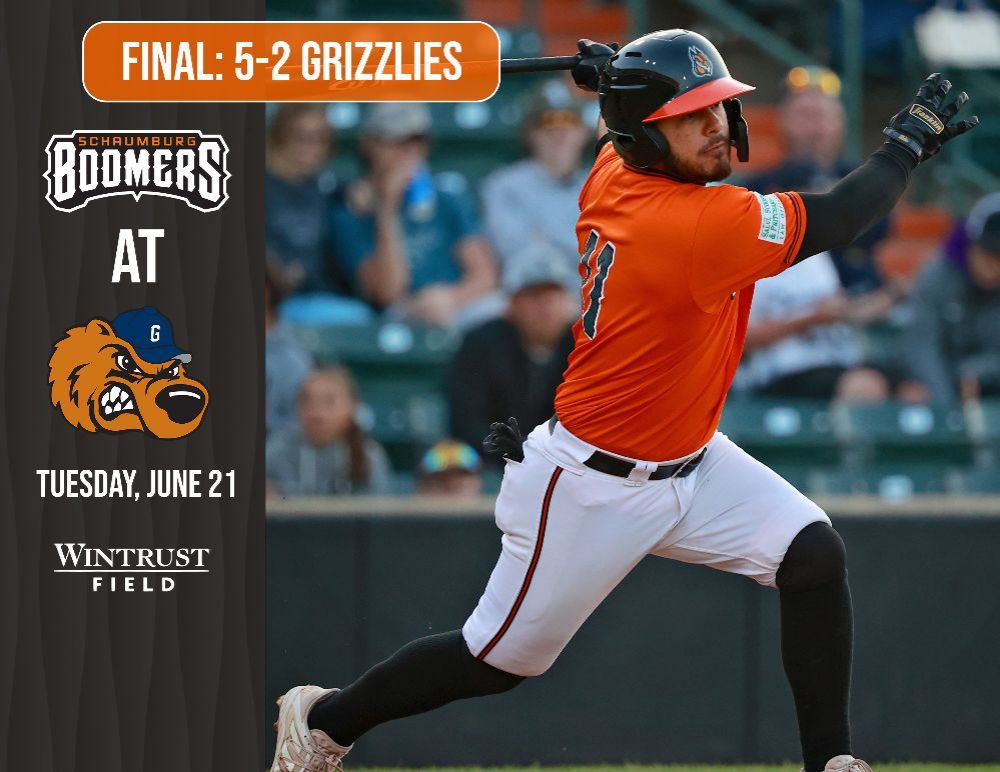 SAUGET, Ill. — The 2021 Frontier League Champion Schaumburg Boomers led early but dropped a 5-2 decision to the Gateway Grizzlies in the opener of a mid-week road series on Tuesday night.

William Salas put the Boomers in front with a solo homer in the top of the first but the Boomers stranded a runner at third and left another runner at third in the second. Andrew Penner hit a two-run homer in the third to put Gateway ahead. Alec Craig drew a two-out walk in the fourth and stole second before scoring on an error. Gateway added two more in the bottom of the inning along with a single run in the fifth to grab the win.

The Boomers (15-17) continue the series on the road tomorrow night at 6:45pm with the middle contest. RHP Erik Martinez (2-2, 3.00) makes the start for the Boomers opposite RHP Carson Cupo (1-0, 5.00). The Boomers return home this weekend for a three-game series against Joliet. Tickets for the 2022 season are on sale now! Visit boomersbaseball.com.