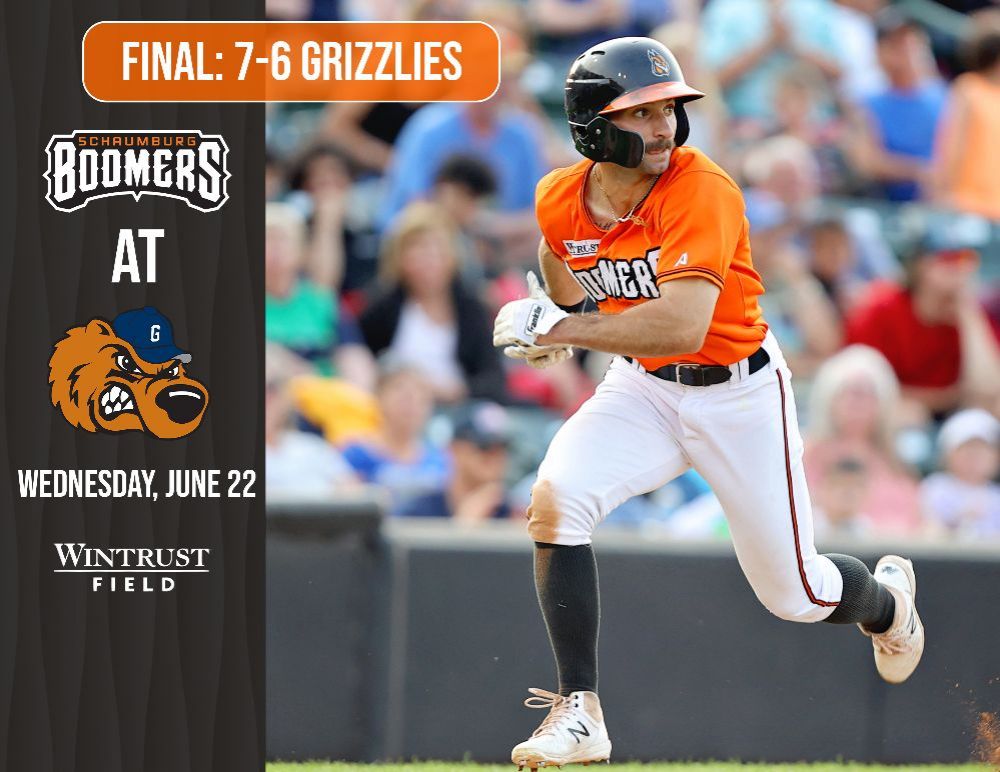 SAUGET, Ill. — The 2021 Frontier League Champion Schaumburg Boomers dropped a 7-6 decision at the hands of the Gateway Grizzlies after allowing five runs with two outs in the bottom of the seventh.

The runs seemed to be more than enough for Erik Martinez, who retired 12 in a row and posted 13 consecutive outs from the third into the seventh. Isaac Benard doubled home two to put Gateway ahead in the seventh and Trevor Achenbach hit a two-run homer. William Salas opened the top of the eighth with a solo homer, his second of the series and fourth of the year. Schaumburg loaded the bases with no outs but managed just one run.