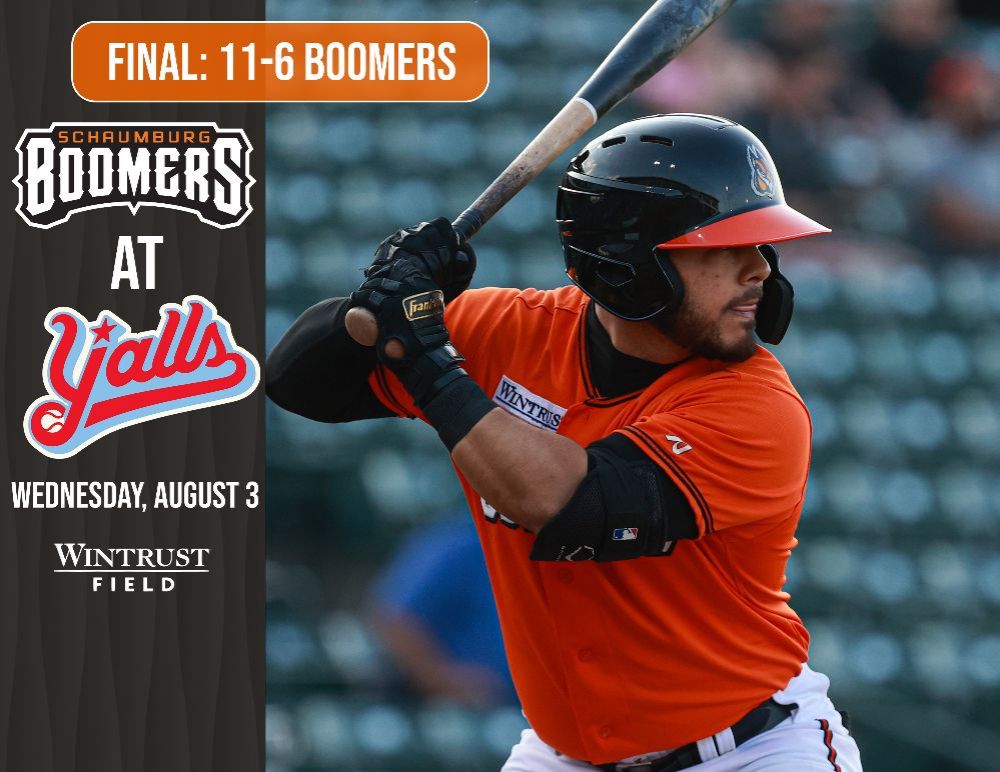 FLORENCE, Ky. — The 2021 Frontier League Champion Schaumburg Boomers scored in six consecutive innings, slugging to an 11-6 win over the Florence Y’Alls in the middle game of the series on Wednesday night in Kentucky.

Blake Stelzer retired the first 12 batters of the game and the Boomers built a 6-0 lead. Mike Hart opened the scoring with a two-run homer in the top of the third and Alec Craig added an RBI single in the inning. Hart and Chase Dawson drove home runs in the fourth and Alex Steinbach lifted a sacrifice fly in the fifth.

The run support was more than enough for Stelzer, who grabbed his sixth win of the season by working seven innings. Florence tried to make it a game on a couple occasions but the Boomers had an answer every time. Blake Berry and William Salas also homered in the win. Every member of the lineup posted a hit in the victory. Berry finished with four hits, three for extra bases, and scored four times. Dawson also racked up four hits, doubling twice.

The Boomers (35-31) conclude the series tomorrow night. The team returns home for another six-game homestand on Friday night, August 5. Tickets for the 2022 season are on sale now! Visit boomersbaseball.com.