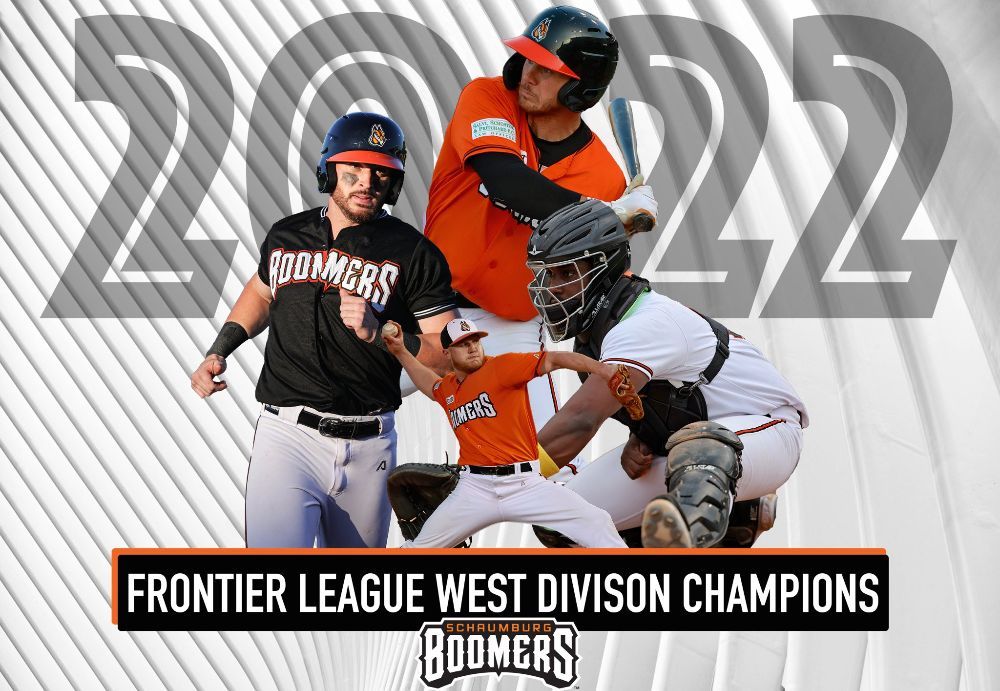 WASHINGTON, Pa. —The 2021 Frontier League Champion Schaumburg Boomers scored three insurance runs in the top of the ninth to sweep away the West Division Champions Washington Wild Things in a rematch of the 2021 Championship Series and advance to meet the Quebec Capitales in the 2022 Championship Series with a 7-2 decision.

Shumpei Yoshikawa turned the momentum early on the mound for the Boomers. Tristan Peterson doubled with one away in the bottom of the first, but Yoshikawa left the runner at second by tallying back-to-back strikeouts. Schaumburg tallied four consecutive hits to open the second, grabbing the lead. Three straight singles started the rally, all of which came with two strikes. William Salas found an opening on the left side to score Clint Hardy with the game’s first run. Brett Milazzo tripled to center to make the score 3-0 and scored on a groundout from Nick Oddo to cap the scoring in the inning.

Washington placed runners at first and second with no outs in the bottom of the inning but Yoshikawa induced a double play ball and went on to retire 10 straight into the fifth. The Wild Things were able to chase Yoshikawa from the game in the sixth, loading the bases with one away. Kristian Scott allowed a sacrifice fly but retired both batters as the Boomers headed to the seventh leading 4-1.

The offense didn’t put much together after the fourth. Chase Dawson’s single in the eighth was the first for the Boomers since the second and just the third baserunner during that span. Washington put the tying runs on base in the seventh and eighth but managed just one run. Oddo smacked a two-run double in the top of the ninth to add insurance and Oddo scored the final run with a steal and an error.

Yoshikawa worked 5.1 innings in the win. Scott, Tanner Shears and Darrell Thompson combined to slam the door shut. The Boomers will play for the championship for the fifth time in team history having never dropped a playoff series. Game one of the best-of-five Frontier League Championship Series will be on Wednesday night in Schaumburg at Wintrust Field. Buy your tickets NOW!