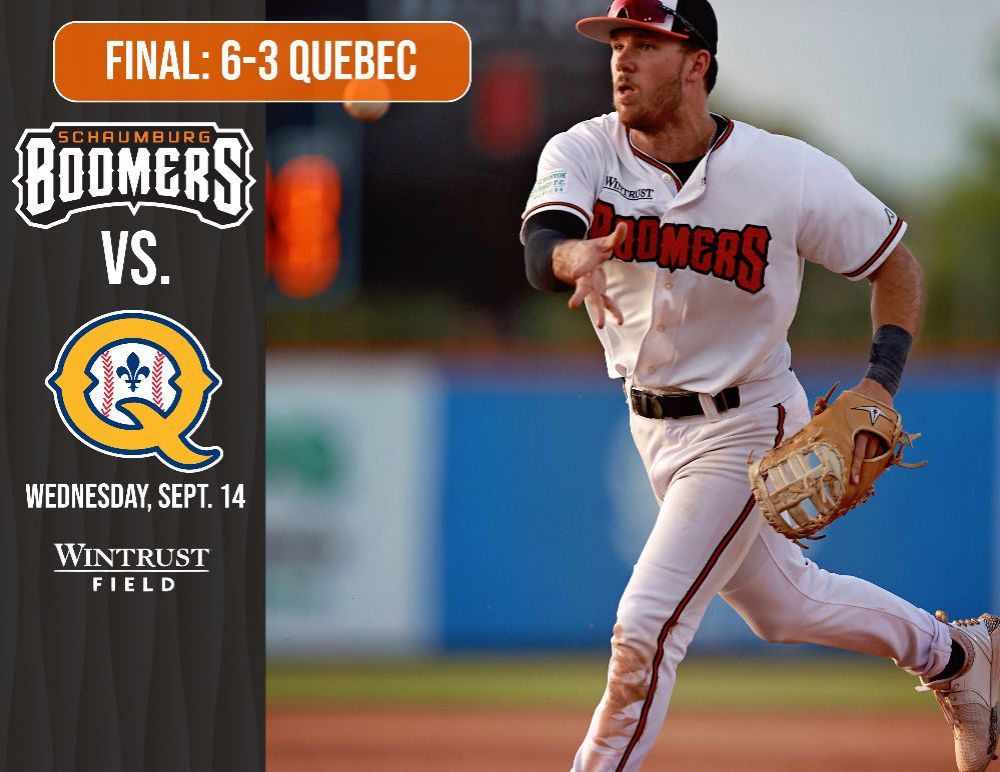 Quebec grabbed the lead with a pair of runs in the top of the second. The Capitales scored three times in the third, putting together four straight hits against Schaumburg starter Luis Perez. Kyle Crowl delivered the big blow with a two-run single. Quebec tacked on their final run in the fourth on a Ruben Castro RBI single.

Facing the Frontier League’s Brian Tollberg Award Winner as the Pitcher of the Year in Miguel Cienfuegos, the Boomers created chances but could not break through, leaving seven on base in the first five innings. The team began to come back in the sixth. Clint Hardy led off with a double and scored on a William Salas single. Salas later scored on a two-out single from Blake Grant-Parks. The rally continued against the bullpen in the seventh with three consecutive hits to open the inning. A wild pitch plated Chase Dawson and the Boomers brought the tying run to the plate in the seventh and ninth but could not break through.

Game two of the series takes place on Thursday night at 6:30pm with RHP Shumpei Yoshikawa.