Boomers Explode Late to Even Series 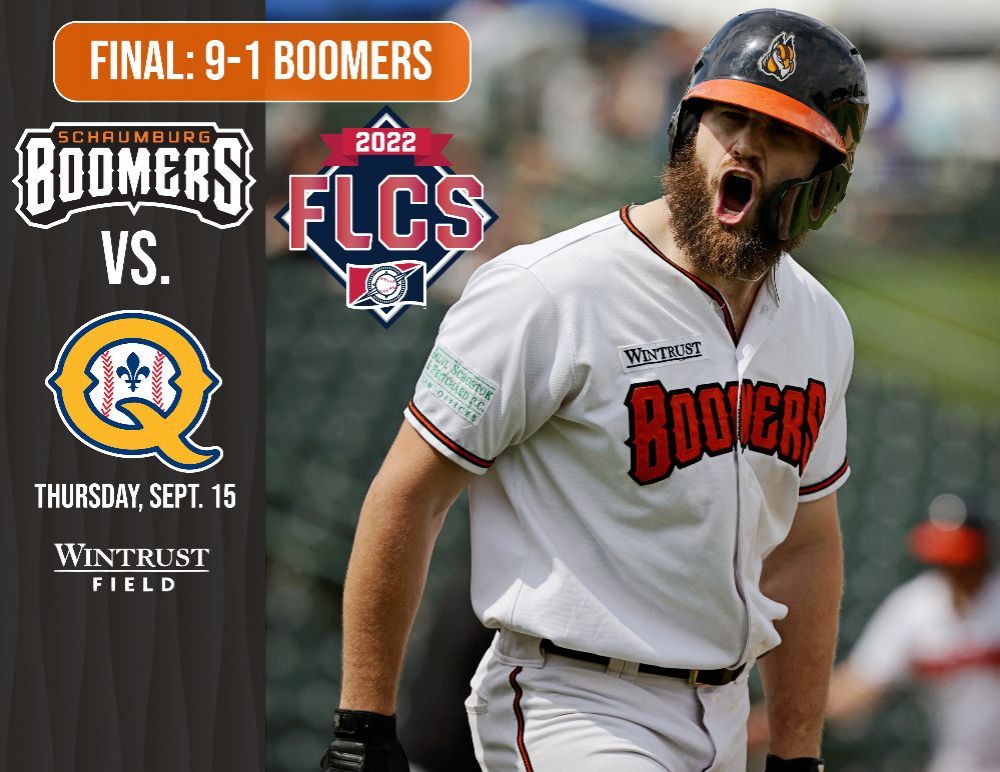 Quebec starter Codie Paiva retired the first six Schaumburg hitters before William Salas spanked the first pitch of the third over the wall in left to give the Boomers the lead. The 1-0 advantage held until the top of the seventh when Quebec tied the game with an unearned tally.

Clint Hardy opened the bottom of the inning with a single and Blake Berry followed with a single to center. Following a sacrifice bunt Brett Milazzo drove home the go-ahead run with a comebacker to the mound against a drawn in infield. The throw soared into the outfield and allowed Berry to score as well. The flood gates opened in the bottom of the eighth. Mike Hart recorded a two-run double, Milazzo tripled home a pair and Salas and Alec Craig lifted sacrifice flies.

Shumpei Yoshikawa tossed 5.1 shutout innings and worked 12.1 innings in the postseason with just one run allowed. Thomas Nicoll earned his second win in the playoffs by working 1.2 innings. Kristian Scott and Darrell Thompson threw scoreless frames to close out the win. Schaumburg posted 12 hits in the win. Milazzo finished 4-for-4 with three RBIs.

The series shifts to Canada and becomes a best-of-three. The next game is on Saturday night at 6:05 p.m.