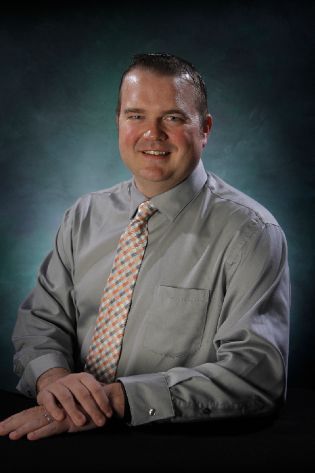 After beginning his career with the Schaumburg Flyers as the broadcast intern for the 2002 season and official scorer and fill-in broadcaster for two full seasons, the Elgin native was named the Sports Information Director and Broadcaster for Division III Loras College in Dubuque, Iowa, where he was responsible for broadcasting games for eight sports and conducting media and web operations for all 21 sports. While in his role at Loras, Calderwood spent his summers working for a pair collegiate wood bat leagues serving as the Director of Communications/Broadcaster for the DuPage Dragons in the CICL in 2005 and the Director of Media Relations/Broadcaster for the Sanford Mainers in the NECBL in 2006.

Beginning in 2007, Calderwood took a job as the Director of Broadcasting/Media for the Traverse City Beach Bums of the Frontier League where he was on the air for 96 games in addition to handling the media relations duties. During his time with the Beach Bums, Calderwood led broadcasts to the number one rating in Northern Michigan, broadcasted the 2008 Frontier League All-Star Game in Traverse City and was named 2009 Frontier League Broadcaster of the Year. During the 2010 season, Woody, or Popcorn, both nicknames he is affectionately known by around the office, served as the Broadcaster for the Frontier League's Lake Erie Crushers in Avon, Ohio. He spent the 2011 season broadcasting game for Pat and Lindy Salvi's other professional baseball team, the Gary SouthShore RailCats.

In addition to his role with the Boomers, the Elgin High School graduate serves as the Sports Information Director at Benedictine University in Lisle in the offseason. Calderwood also broadcasts college and high school sports.

While attending Elgin High School, Calderwood helped with a number of broadcasts on WRMN 1410 AM, your home for EVERY Schaumburg Boomers Baseball Game!

Calderwood graduated from North Central College in Naperville, Ill. in 2003 with a degree in Broadcast Communications and earned his Masters in Athletic Administration from Loras in 2006. Calderwood currently resides in Wheaton, Ill. with his wife Dana and daughter Annie (2), who was born during the 2013 season.